Damodar Kunda is situated in the Upper Mustang region which is famous for artistically decorated natural landscapes, superb views of numerous beautiful snowy peaks, Tibetan Buddhist culture, festivals, tradition, customs, rituals and ceremonies, numerous ancient monasteries and Gompas. Mustang Damodar Kunda trek takes you to one of the holy sites of Hindu people. Hindu people considered Damodar Kunda as the holiest pond where Hindu people around the country gather there to take holy bath on August full moon day with the belief of ultimate salvation from their past sins. Mustang Damodar Kunda trek follows the route of the Upper Mustang region.

After making the short and scenic flight from Pokhara to Jomsom, Mustang Damodar Kunda Trek starts from Jomsom. The route follows the Kaligandaki River from Jomsom up to Kagbeni. From Kagbeni trek ascend to Damodar Kunda with the adventurous journey of beautiful places such as Chele, Gelling and Charang Lo Mangthang. On the way, visitors will see numerous ancient Gompas and monasteries. Upper Mustang region is listed in restricted trekking areas of Nepal so special trekking permit should require before the trekking of this region. As a government registered trekking agency we will manage trek permit for Mustang Damodar Kunda Trek.

Kathmandu sightseeing and preparation for Trekking

Fly to Pokhara and half day sightseeing in Pokhara

Flight from Pokhara to Jomsom (2720m.) and trek to Kagbeni

Trek back to Ghechung Khola

Trek back to Tange

Trek back to Muktinath

Trek back to Jomsom

Fly back to Pokhara

Fly back to Kathmandu

Mustang trek is one of the most popular treks in Nepal that takes you into the hidden kingdom of... 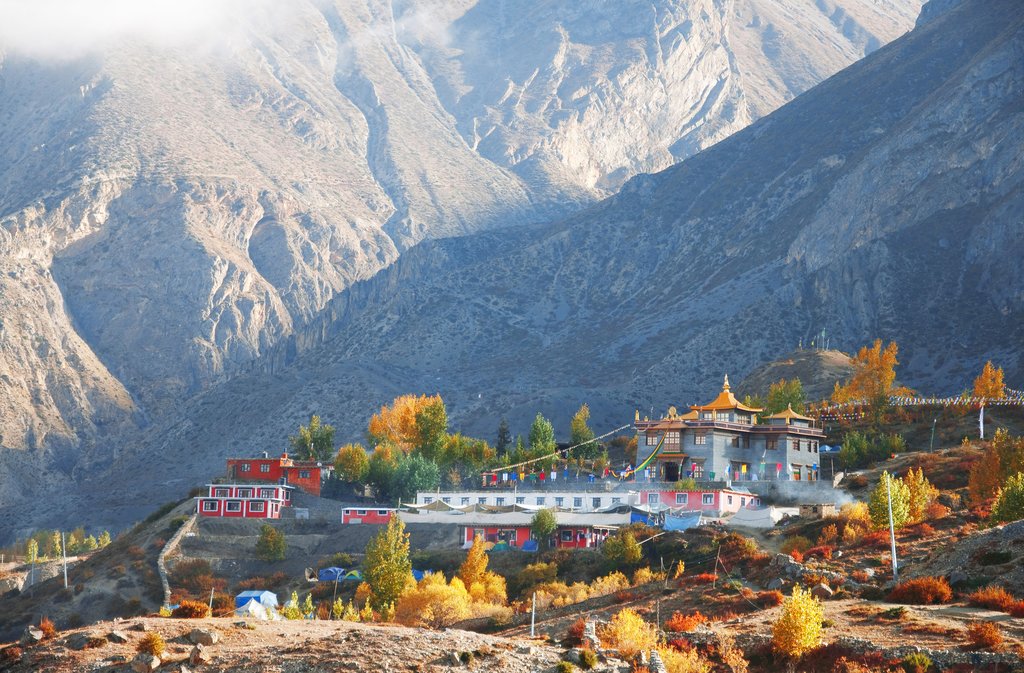 Upper Mustang trek is an adventurous and most famous trek in Mustang region that offers a spectacular experience and...