Tengboche Trek is the short and easy trek in the Everest region to observe the superb panorama of the Mt. Everest, the world’s highest mountain of the world other mountains. Tengboche is the Sherpa village which is famous for its unique location and the spectacular mountain vistas. Tengboche is the holy village of Sherpa people where numerous shrines and a beautiful monastery are present. From the top of the Tengboche, the fantastic vistas of the world’s highest mountains like Mt. Everest, Kanchenjunga, Makalu, Lhotse, Cho Oyo, Nuptse, Amadablam and much more snow-capped peak.

The highlight of this trek is a visit to Tengboche Monastery. At 3,867 m it is the world’s highest Buddhist monasteries placed in the Khumbu Region. This has long been the religious center for all inhabitants of the Solukhumbu area. While passing through Sherpa village get a chance to know about their culture and lifestyle, Sagarmatha national park, etc. The trek path is holding various types of flora and fauna and wild animals and birds like Himalayan Tahr, goral, Serow, musk deer, snow leopard, the forest of rhododendron, high waterfalls, beautiful Sherpa villages, etc.

The tour starts from Kathmandu where the trek starts and ends by flight to/from Lukla Airport. The average day walking takes around 5 hours mostly ascend trial. The altitude is not exceeding 4000 m, it is a good option for those who are of average fitness.

The trekking route moves through alpine forests and Sherpa villages, and along the glacier-fed Dudh Koshi and Bhote Koshi rivers to a market town – Namche Bazaar. Namche Bazaar is a bustling market town where trekking and mountaineering groups stock up on supplies for expeditions, facilitated with the internet, ATM, good coffee and great restaurants. Namche Bazaar is the entrance to Sagarmatha National Park, home of the elusive snow leopard and red panda. This area has been included in the Sacred Himalayan Landscape initiative by the World Wildlife Fund (WWF).

Upon arriving at Tribhuvan International Airport in Kathmandu, you will be received by our airport representatives who will warmly greet you and transfer to the hotel on a private tourist vehicle. Before dinner brief tour description and then dinner. Spending the night at the hotel.

A professional guide helps sightseeing in and around Kathmandu city. It's a great time to walk and explore the streets, local courtyards or durbar squares.
There are many UNESCO World Heritage Sites, some lies inside the city include Boudhanath Stupa (the largest Buddhist shrines in the world), Pashupatinath (the holiest Hindu temple in the world), Durbar Squares (Palaces and fortresses of medieval Kings), along with other popular cultural attractions and awe-inspiring architecture.
Spending the night at a hotel.

After breakfast, transfer to the airport in Kathmandu for a scenic 30-minute flight to Lukla. The flight takes between mountains and through valleys, with great views of the Himalaya on clear days. A short distance trek through the local village towards Phakding (2,610m).
Stay overnight in Phakding.
Flight time: 30 minutes
Trekking time: 3-4 hours (7.5 km)

After breakfast in Phakding, the trek starts a steady and steep ascend towards Namche Bazaar.
Heading north to join the main trail at Chablung and then alongside the Dudh Koshi to Ghat. The route consists of high suspension bridges over the Dudh Koshi River. This day walk through the magnificent forests of rhododendron, ending our nature-filled journey at Namche Bazaar.
Overnight at lodge.
Trekking time: 4-6 hours (4.6 miles / 7.4 km)

Today is a rest day so take time to relax and sleep and enjoy the beauty of Namche village. One hour hike to Everest View Hotel, for views of notable peaks like Ama Dablam, Nuptse, Lhotse, and Everest. The local museum embodying exhibits displaying the area's native flora and fauna as well as the history of the Mount Everest region. Overnight at lodge.

After breakfast in Namche, follow the trail along the side of the valley high above the Dudh Koshi River. After 30 minutes’ walk from Namche Bazaar through the Sanasa and Kenjomo can see Himalayan Thar, Ghoral, Deer and Danphe (National bird) and first views of the Khumbu region's giant peaks: Mount Everest, Lhotse, Nuptse, and Ama Dablam. Everest and Lhotse. Tengboche is famous for its legendary monastery, the largest in Khumbu called Tengboche monastery (3,867m). Overnight at lodge in Tengboche.
Trekking time: 4-5 hours (9.2 km)

The trek starts with a climb past the monastery in Upper Pangboche and then trek one of the most spectacular trails in all of the Everest region through the forest with Himalayan Thar, Musk Deer, Ghoral, Danphe (national bird) and different species of Flora and Fauna surrounding to this area. Overnight at lodge.
Trekking time: 4-5 hours

After breakfast, follow ascending and descending trail to Khumjung. The slopes of Khumbila leads towards the hidden valley of Khumjung. There is a monastery inside which what is reputed to be the Yeti scalp and claw can be viewed on payment of a small fee. Overnight at lodge.
Trekking time: 5-6 hours

Following tireless trail of incline and decline the hill reached to Thame which is the habitat of Ghoral, Thar, Deer, and Danphe (national bird). This is the best place to see lots of animals and birds. Overnight at lodge.
Trekking time: 5-6 hours

This day walk through the mostly downhill trail for about 6 hours to reach Monjo. Opportunity to visit the Everest View Hotel or Khunde Hospital set-up by Sir Edmund Hillary before revisiting Namche Bazar. Overnight at lodge.
Trekking time: 5-6 hours

After breakfast, begins the final day of the trek as head along the Dudh Koshi River to Lukla. Before reaching Lukla pass through villages like Chumoa, Benkar, Phakding, and Chuthawa. In the end, reaching the Pasang Lhamu Memorial Gate revealing the end of the trek. Most of the route is an easy downhill slope.
Trekking time: 5-7 hours

After breakfast, take an early morning flight back to Kathmandu and transfer to hotel. The rest of the time can be spent by enjoying, resting or explore Kathmandu's streets on foot or bicycle.
Flight time: 30 minutes

This is a leisure and free day in Kathmandu for exploration. You are free to go souvenir shopping, spa and more exploration of the city, bungee jumping, rafting or Everest mountain flight. Overnight at the hotel.

Final departure to your destination.

Tengboche Trek serves to enhance your trekking experience! We had Lakpa as our guide and he was a great guy! Teahouses accoms was settled the moment we hit the teahouses as Lakpa arranged it well with them. He also recommends the best timings for certain parts of the treks or views. He was also very flexible when we wanted to change up the itinerary too!

Overall, tanboche Trek was something we didn’t regret and we kept recommending to our friends! 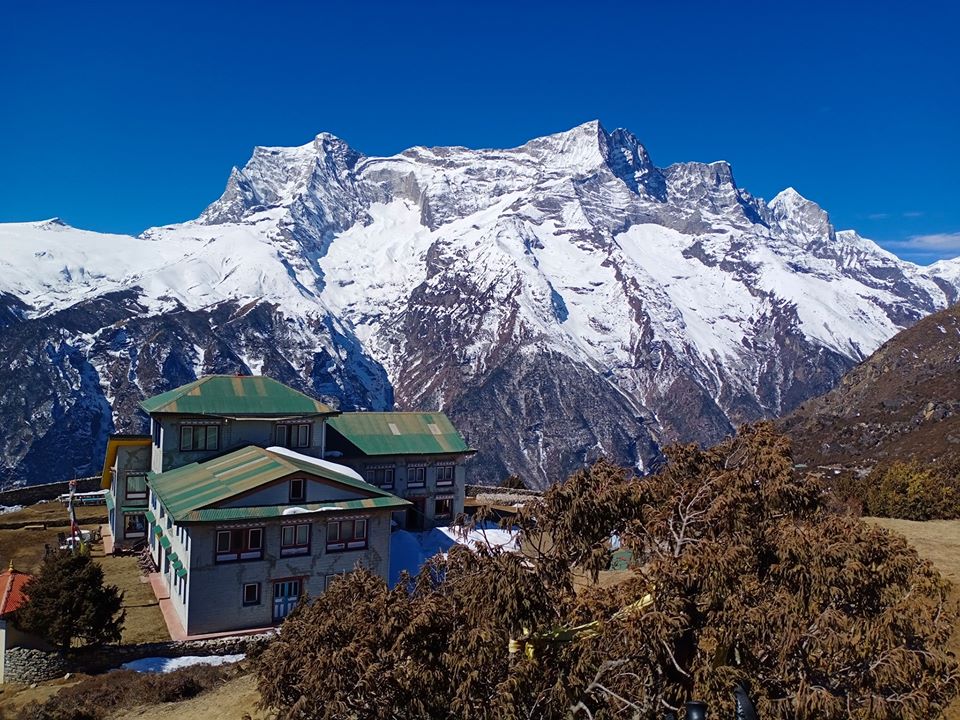 Cheapest Everest Base Camp Trek is one of the most demanded treks in Nepal. People from different countries come...

18 Days
On Request
Jiri to Everest Base Camp Trek

Jiri to Everest Base camp Trek is the oldest trekking trail and it is very popular because it is...

Namche Bazar Trek is the short time trek in the Everest region and is easy and comfortable trekking as...

15 Days
On Request
Everest Base Camp With Kalapatthar Trekking

The Everest Base Camp Trekking via Renjo La Pass is considered to be a daring trekking among the trekking... 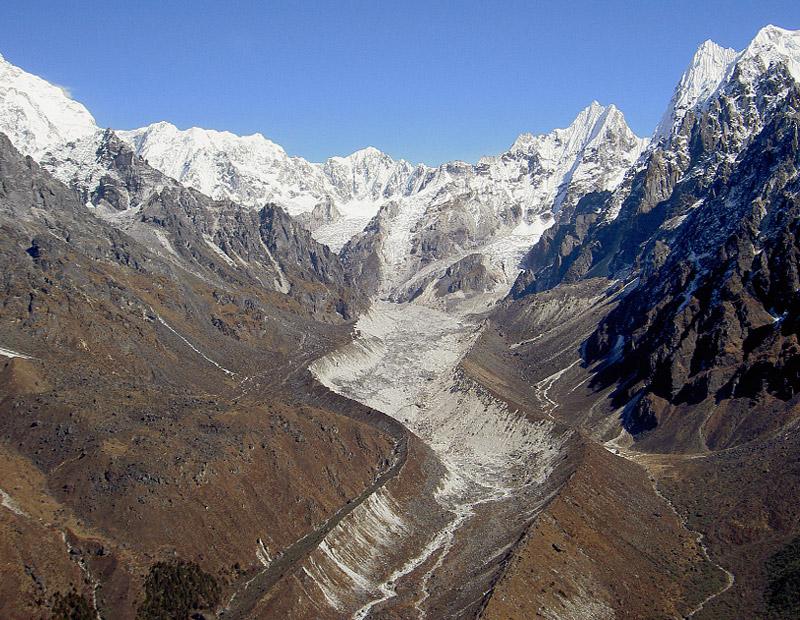 Everest Kala Patthar trekking route is the most famous trekking trail amongst the route in the Khumbu region. The...

Rolwaling Valley region, famously known as “the Grave” lies in the Middle East of the Langtang and Everest range...

Everest Base Camp Trekking via Gokyo Lakes (4,750 m) across Chho La Pass is recognized for beautiful series of...